Former MATC tutor lands in management due to his student 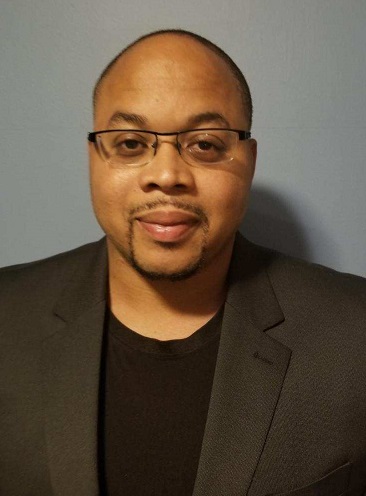 Gerald Porter, who was an excellent Marketing student and tutor at MATC, suffered the heartbreak of getting laid off from his first job after college. It was no fault of his — the company filed bankruptcy. He returned to MATC to work as a Math tutor, where he met a student who gave him his first job in restaurant management. He is now general manager of the Arby's restaurant in Oconomowoc, Wisconsin. That's networking at its finest!

Why MATC? MATC is very diverse and has great teachers. I also like the fact that the classes are smaller. This helps you to get that one-on-one with the teacher that you wouldn't get at other colleges.

I started as a Marketing student, and my Marketing teacher referred me for the job of a tutor for the Marketing program. So my tutoring job began as a Marketing tutor. (Gerald also tutored Math for MATC — more on that later.)

I went on to graduate in December of 2014 with honors, and I also was the Lamp of Knowledge recipient for the Marketing Management program. 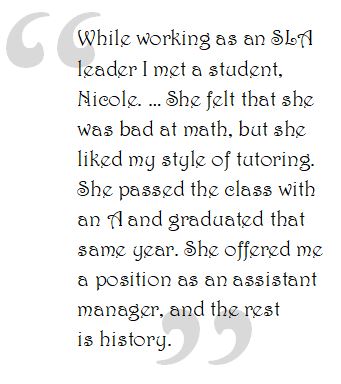 I began working as an SLA (Structured Learning Assistance) leader, which helped shape the direction of my current career path. While working as an SLA leader I met a student, Nicole Glatz. Nicole was a general manager of the Arby's (restaurant) in West Bend, Wisconsin. She felt that she was bad at Math, but she liked my style of tutoring. She passed the class with an A and graduated that same year.

Nicole offered me a position as an assistant manager, and the rest is history. I flourished in the restaurant industry and, seven months later, I applied for the general manager position in Oconomowoc, Wisconsin.

At first I was a little hesitant to work in the food industry, but working for Arby's was one of the best choices I've made in my career.

Every year the Arby's Foundation raises money for local kids in need. They provide grants through No Kid Hungry to local nonprofits feeding kids in their communities; promote critical programs like the free summer meals text number; and raise awareness (of childhood hunger) year-round.

Childhood hunger affected me as a child. I grew up poor, and my siblings and I struggled with not knowing where our next meal was coming from at times. Thanks to places like St. Gall's (Church), St. Ben's (Church), the Career Youth Development center, Meals on Wheels, and the Salvation Army House of Peace, we were able to get by.

These places were the angels when I was a kid, and I'm glad that Arby's is big on helping feed America's children.

Students, if you struggle to feed your children (or yourself), please visit the Student Resource Center on the 8th Floor of the Downtown Campus' Foundation Hall, where the Hunger Task Force runs the MATC Student Food Pantry and assists with FoodShare enrollment. Staff also can connect you with the Interchange Food Pantry and the St. Ben's Community Meal program.

If you would like to learn more or talk to Gerald, visit: