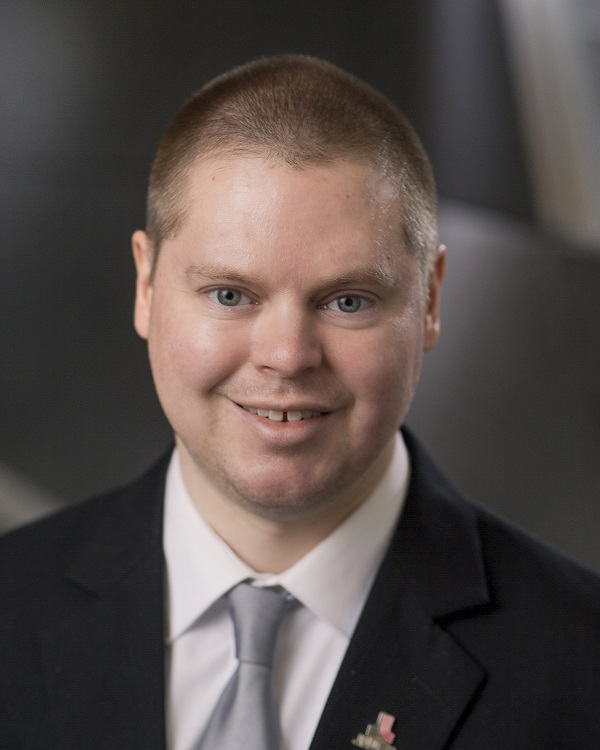 The mass incarceration of minorities in the state, along with his own incarceration, brought out the fighter in Mark Rice, a former Spanish student and tutor here at MATC. He is the Milwaukee #CLOSEmsdf (Milwaukee Secure Detention Facility) campaign coordinator for JustLeadershipUSA, a national organization working to cut the U.S. correctional population in half by 2030.

I often struggled with school when I was a teenager, but I began to excel in college after I started to discover my calling later on. I am currently a Ph.D. candidate at the University of Wisconsin-Milwaukee. I have earned master's degrees in Urban Studies and Nonprofit Management & Leadership at UWM.

Several psychiatrists diagnosed me with a disabling mental condition when I was a teenager. Although I eventually graduated from high school, I did not do well in most of my courses and I got suspended several times for fighting with other students. Shortly after I graduated from high school, the state of Wisconsin forced me to spend two years in the state prison system for behavior that was related to my disabling mental condition.

I got out of prison when I was 21 years old. I faced a lot of discrimination in employment. I applied for many jobs, but I rarely got an opportunity to interview for a job after I checked the box on each application that inquired about my conviction record. I was not able to find a full-time job, so I instead chose to enroll in the Liberal Studies program at Madison Area Technical College. I did well in the courses at (Madison). I eventually transferred to Upper Iowa University in Madison and earned a bachelor's degree in Human Services.

After I completed my program at Upper Iowa University, I moved to Milwaukee and entered into the master's program in Urban Studies at UWM. During my first year of graduate school, I worked as a project assistant in the History Department.

I did well during the first year of graduate school, but I started having some serious problems during my summer break. I struggled to find employment again and I was down to my last $30 a few days before my second year of graduate school was going to start. This was a stressful and painful experience for me, and I started to experience symptoms of my mental illness.

Just before I was going to start taking classes again, Milwaukee police officers arrested me for disorderly conduct. I went to court a few days later. The judge, the public defender, and the prosecutor all agreed that my behavior did not fit with the definition of disorderly conduct. The judge dismissed the case, but my probation agent, who had no specialized training in mental health issues, decided to move forward with the revocation process.

The Wisconsin Department of Corrections forced me to spend six months in the Milwaukee Secure Detention Facility (MSDF) while I fought the revocation. Built in 2001 to accommodate Milwaukee's aggressive, racist system of community supervision and extraordinarily high incarceration rate, MSDF holds people accused of crimeless rule violations in excruciating conditions.

I became familiar with the cruel and unusual conditions in MSDF and the atrocities that frequently occur there during my six-month stay at the facility. While I was at MSDF, I was locked in a cell for over 20 hours each day, had no access to sunlight or fresh air, and was forced to sleep on the floor of a cell for several days due to overcrowding in the facility. 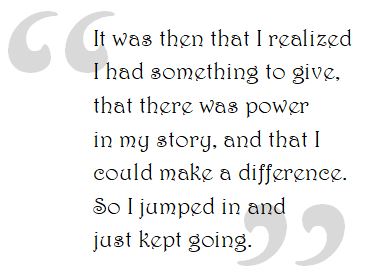 While I was there, one man attempted to commit suicide, two men in my unit severely mutilated themselves, and several men were put on suicide watch after they became suicidal. This was a very stressful and traumatic experience for me.

Although I lost my job, my apartment, and my full-tuition scholarship at UWM while I was incarcerated, I decided to return to the university and continue my education after I got out. (Mark studied and tutored Spanish at MATC while also studying at UWM.)

I became interested in studying organizations that were working to end mass incarceration in Wisconsin. One of my professors at UWM told me about the work of WISDOM, an organization that had recently launched a campaign aimed at cutting Wisconsin's prison population in half. I set up a meeting with the state director of WISDOM and got involved with a local WISDOM task force shortly after.

One of the first WISDOM events that I attended was a protest against Wisconsin's unjust probation and parole system at MSDF, where I had been incarcerated seven years earlier. When I was detained at MSDF, I thought nobody cared about the inhumane conditions there and the senseless reasons for which people are sent there. Seeing so many people from different ethnic and religious backgrounds coming together to fight for justice was a very emotional experience for me.

It was then that I realized I had something to give, that there was power in my story, and that I could make a difference. So I jumped in and just kept going.

Today, I am the Milwaukee #CLOSEmsdf campaign coordinator for JustLeadershipUSA, a national organization that is dedicated to cutting the U.S. correctional population in half by 2030. The #CLOSEmsdf campaign aims to depopulate and close MSDF and redirect resources to the neighborhoods that have been most disproportionately harmed by mass incarceration.

I also serve as a statewide board member of EXPO (EX-incarcerated People Organizing), an organization led by people with conviction and arrest records that drives WISDOM's campaign to decarcerate (or lower incarceration rates in) Wisconsin. In addition, I chair WISDOM's statewide post-release issues work group and serve as a board member for Project RETURN, an agency in Milwaukee that helps people returning from prison make a positive and permanent return to the community.

Wisconsin's penal system is out of step with our shared values of justice, equity, compassion, and fairness. Wisconsin incarcerates African American men and Indigenous men at higher rates than any other state. Mass incarceration is tearing families apart, devastating communities, and draining resources that could be used to strengthen communities.

Wisconsin spends more on corrections than on the University of Wisconsin system. Milwaukee Secure Detention Facility has taken the lives of 17 people and caused trauma, harm, sickness, and mental anguish to thousands of others. The $40 million that the state of Wisconsin wastes to incarcerate people at MSDF each year could instead be redirected to connect people to living-wage jobs, affordable housing, high-quality educational programs, and community-based treatment programs that work.

My career enables me to spend much of my time each week working to bring together people who have been the most directly impacted by Wisconsin's penal system to fight for justice. My job with JustLeadershipUSA enables me to empower people most affected by incarceration to drive policy change. We are working to create a more just, equitable, and compassionate Wisconsin. We are building a powerful movement that aims to decarcerate Wisconsin, close prisons, and redirect resources to build safer, stronger, and healthier communities.

If you would like to learn more or talk to Mark, visit: