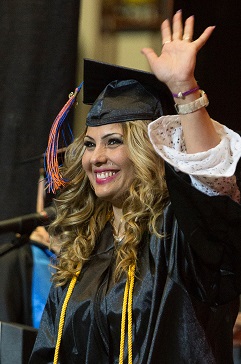 Natalia Dean is an energizing force as an educational assistant in the Television and Video Production and eProduction programs at MATC in Milwaukee, where she formerly tutored. Also a TV news video editor for CBS 58, she found her calling after immigrating to the U.S., in part because her career overseas was derailed by the worldwide recession that began in 2009.

We asked her how she got to be where she is today.

(Because Natalia is a TV person, she asked that we write her story as she narrated it.)

When the worldwide recession hit, Natalia lost her job — in a country where there was no safety net for the unemployed.

“I was at the peak of my career. When you are a manager of 43 (bank) branches, managing people of 180 nationalities — when you fall from the top — it’s very difficult to come back.”

Natalia was actually in her second career in banking and finance when the bottom fell out of the industry. She had earned her bachelor’s degree abroad in TV Broadcasting and initially worked for TV stations and media companies.

Realizing she again needed to change up her life, she came to the U.S. in May of 2012 to be with family, after living in six countries (Iraq, Kuwait, United Arab Emirates, Cyprus, Turkey and Jordan).

Nalalia went to work for Wells Fargo and returned to college, here at MATC, right away. She needed classes in English as a Second Language (ESL). She spoke English, but not “American English.” She feared she would be judged because of it, and she heard that MATC staff and instructors are the opposite of judgmental.

“I was a foreign student. I was starting from scratch after a very hard fail. When you lose everything, the ability to do everything … [her voice trails off]. Counselors can change your life. An instructor can change a life.”

While at MATC, Natalia decided to return to her original career in TV, to “pursue what I learned and loved,” and started dabbling in TV classes. She soon officially enrolled in the Television and Video Production program and became a tutor for TV and then eProduction, leaving banking behind.

In particular, she remembers TV and Video instructor Kevin Pulz adapting his instruction to fit her needs, helping her with paperwork and encouraging her to become a tutor.

The transition, regardless, was what she considers one of the toughest of her life. 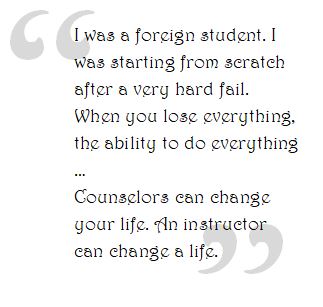 Natalia was so involved at MATC that she married a classmate who was with her in ESL. She also became a U.S. citizen.

“I was losing hope. It took a long time, more than five years, but it happened.

Natalia took advantage of how comprehensive the TV program at MATC is; she participated in six co-ops, working with companies like Harley-Davidson.

“You have a safe area to fail, but at the same time you need to work with professionals that are expecting you to be professional.”

Natalia knows it is often life outside school that derails a college education. She is proud of the fact that she helps keep students in school by sharing her own struggles — such as caring for a parent with Alzheimer’s disease — and successes. She's found that her tutoring training helps her be patient and supportive with the students she meets, just as the staff helped her after she arrived.

She’s also had the opportunity to work on projects that fill her with pride, such as her coverage of a Thanksgiving dinner for a struggling city neighborhood hosted by MATC culinary students and Milwaukee police officers.

Natalia loves the work Milwaukee PBS does supporting nonprofits and charities, plus running its own community events.

She points out, too, that Milwaukee PBS is award-winning. The student-supported station competes on the national stage against stations run completely by professionals … and wins.

Natalia is also a winner, twice winning Wisconsin Broadcasters Association Student Awards for Excellence in 2015 and 2017 and graduating with honors in 2016 and again in 2017.

She and a peer also nabbed coveted spots in the 2017 Sony National Association of Broadcasters (NAB) Student Experience at the NAB’s annual showcase in Las Vegas. Natalia and another student tutor, Xochitl Marquez, were the first from MATC (or any similar college, for that matter) to be invited to participate, as the program only accepts two students a year from the most renown and prestigious media universities in the country.

As her instructors have pointed out, Natalia is an “overachiever.” She put in far more hours than required, but she considers the experiences worth it. She even returned to the studio after her graduation — literally, right after she crossed the stage, still in cap and gown — to help students.

The reason? Students run Channel 36 the day following Spring graduation, under the tutelage of staff. She wanted to make sure she was there if they needed her.

“Yes, I was like a mom at that point. I was like, I need to go back to help those students.”

Graduating, she said, was “my achievement — that wasn’t only walking across the stage, that was me getting over my struggles.

“It was like, all the tears that I … whatever I did in the dark, now, today, is the time to shine.”

If you would like to chat with Natalia, you can email her at deann2@matc.edu. 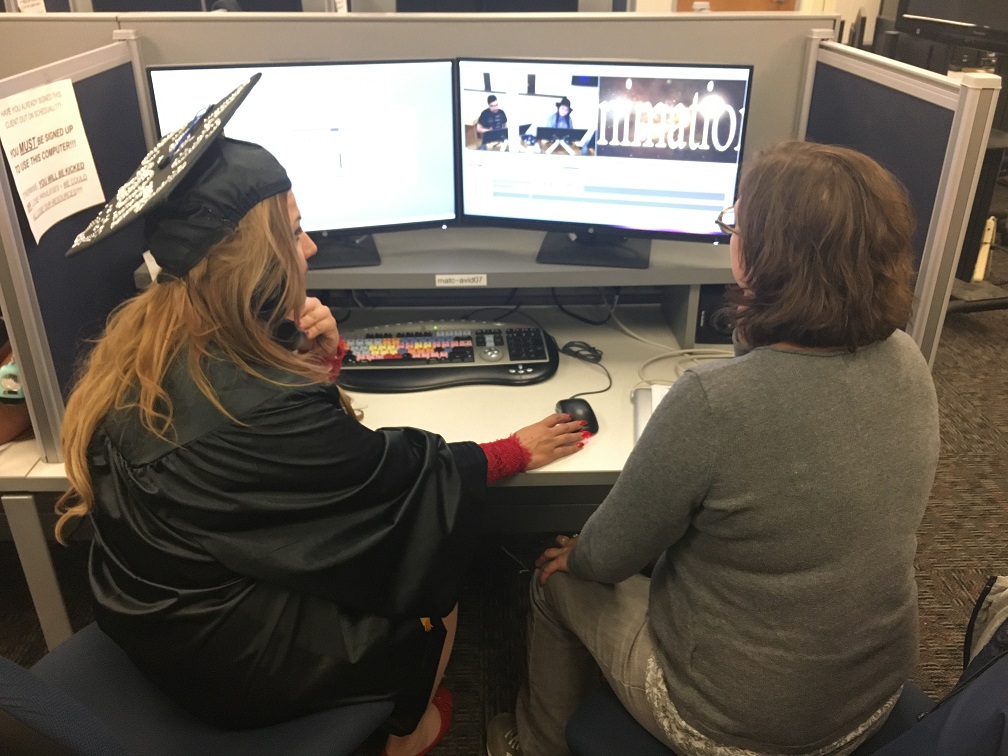 Natalia Dean works in the Milwaukee PBS studio after graduating — literally right after. 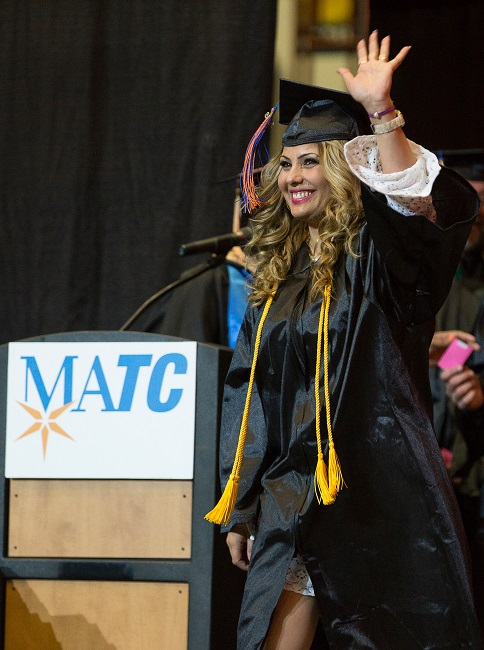 You may recognize Natalia’s graduation photo; she made it onto the home page of the MATC website in Spring of 2016.