Copyright and FairUse Guidelines for Teachers

Click on the link below to view or print a PDF chart of the Copyright and Fair Use Guidelines for Teachers.

Copyright and Fair Use Video

Click on the link to watch this short video titled, "Protected content: Copyright and fair use."  This segment is from the full video titled, "Plagiarism 2.0: Information ethics in the digital age," and is currently available in the Films on Demand streaming video collection. 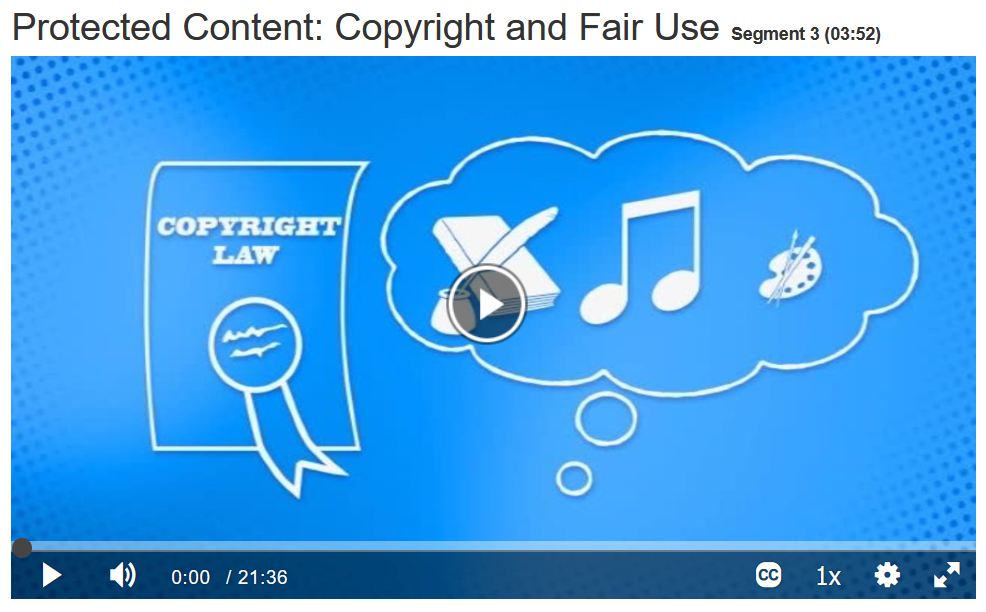 Four Factors of Fair Use

Consider these four factors for each case of determining fair use:

Use original work; photcopies are less likely consider fair use

If the work is altered and use for another purpose other than its original intent, it may be considered fair use

Copyrighted works used for educational and non-profit purposes, may be considered fair use.

Unpublished works are less likely to be fair use

Artisitic or factual?  Works of artisitic expressions are less likely to be considered fair use

The more you use the less likely it is fair use

Use only the amount needed to state your point

If the work is used in a way that would allow for unauthorized use that could negatively impact on its value, it is less likely considered fair use.